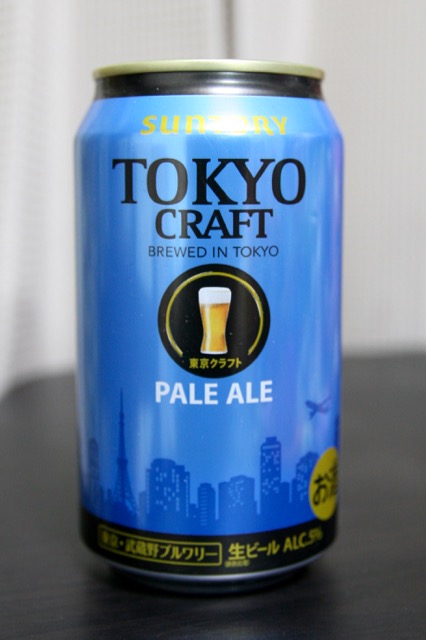 Tasting Notes:
Seeming to be a continuation of the previous Craft Select series, Suntory has created the Tokyo Craft series. This seasonal series of beers will be brewed exclusively at Suntory’s Beer Brewery in Musashino, Tokyo. First off the line is Tokyo Craft Pale Ale with North American Cascade hops as the star of the show. These hops combined with Suntory’s late hopping method impart a wonderful citrus flavor in the beer.

Pours a fiery orange in the glass with a glorious aroma of tangy orange peel. The first gulp is quite dry with a sharp tang to it. It’s on somewhat light, but with a nice malt flavor and citrus notes. The finish is on the bitter side.

This Pale Ale from the Tokyo Craft series seems to be comparable to the same beer under the Craft Select series. While it did seem to be lighter this time around and didn’t seem to have the fragrance of the past brew, I did find Tokyo Craft Pale Ale to be an enjoyable glass of beer.