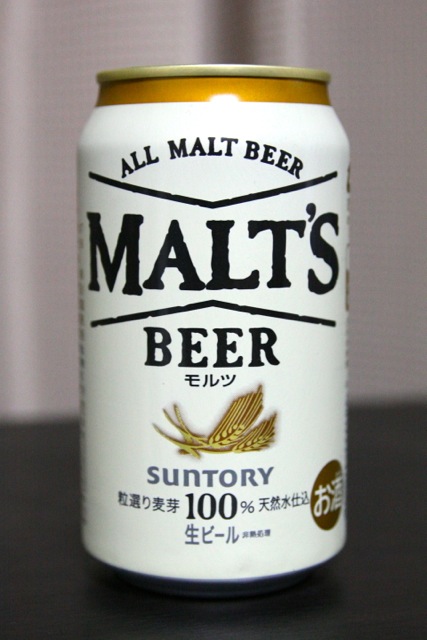 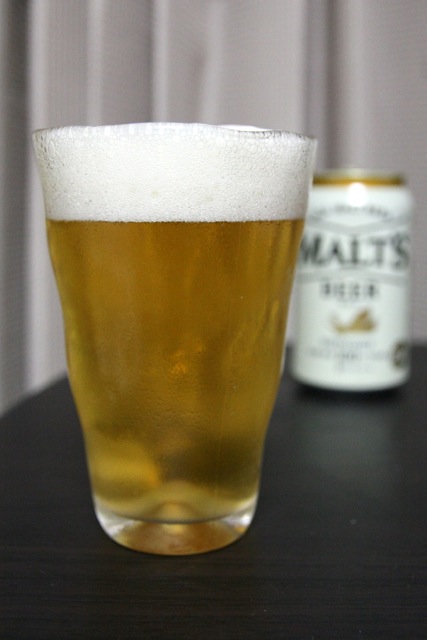 Tasting Notes:
While the other major brewers were starting to add adjuncts to their brews, Suntory stuck to the good old recipe of its famous spring water, malt, and hops, creating its standard beer Suntory Malt’s in 1986. Having withstood the “dry wars,” Malt’s was discontinued over the summer and renewed with an all new name, face, and ad campaign featuring the members of Exile. Luckily, I was able to snag a few cans before they were taken off the shelves.

Malt’s pours out your standard straw into the glass, its aroma screams all malt and hops and is pure beer. The first gulp is surprisingly smooth, with the malt flavors literally skating over the tongue, “Hey, come back!” There’s a mild bitterness that comes through on the back end, but remains quite light. Overall, the flavors are quite unpronounced.

Truth be told, this was probably only the second or third time I’ve ever purchased Malt’s. I’ve had it every so often in the past, but it never was a beer that I truly enjoyed. Even today, I find it on the bland side. It’s very easy to drink, but there isn’t much flavor there. In other words, Malt’s tastes somewhat watered down. With a beer that has been in production for nearly 30 years, I think it was time for an overhaul and its overall lack of popularity is most likely what brought us to my next beer of the evening, Suntory’s new “The Malts.”